The Ian Potter Museum of Art

This exhibition celebrates the luminous medium of glass. Displaying significant artefacts from the Egyptian and Roman periods alongside the work of contemporary makers, Liquid Form examines the development of faience and glass manufacture in the ancient world and demonstrates how these methods have been reinvigorated and extended in the modern era.

Originally thought of as a substitute for stone by the ancient Egyptians and Mesopotamians and traded throughout the ancient world, by Roman times the use of glass was becoming increasingly more common. Today, the medium has a ubiquitous and largely utilitarian presence in everyday life, but is still valued by makers and collectors as a challenging medium through which to push craft techniques and the boundaries of design.

Some of the glass making methods developed in the ancient world include core and rod forming (vessels and small items with organic cores around which glass was wound or formed), casting and moulding (items produced through the use of moulds, both open face and closed), cane or mosaic glass (coloured circular glass rods cut into small pieces and then fused to form vessels and objects), sagging (reheated glass blanks sagging over or into moulds or forms), cold working (shaping and decorating after casting) and mould and free blowing. Many of these techniques continue to be used by artists today, and are represented in the exhibition in work by some of Australia’s most influential makers. 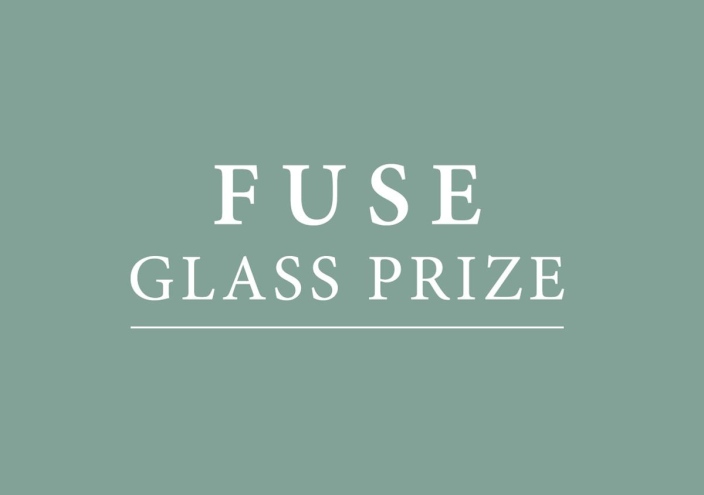 “JamFactory is thrilled to announce that the winner of the 2018 FUSE Glass Prize is internationally renowned Adelaide-based glass artist Jessica Loughlin.

This biennial non-acquisitive prize for Australian and New Zealand glass artists is Australasia’s richest prize for glass. It provides a platform for artists to push themselves and their work to new limits and focuses public attention on the importance of glass as a medium for contemporary artistic expression.

At a special event in Adelaide on 17 May the non-acquisitive $20,000 cash prize was awarded to Jessica Loughlin. Loughlin has exhibited widely in the US, UK, Germany, Italy and Australia and her work is held in public collections around the world including National Gallery of Australia, Canberra, Queensland Art Gallery, Brisbane, Corning Museum of Glass, NY, USA and Victoria & Albert Museum, London, UK. The judges noted that the work was confident and completely resolved with every edge and surface considered. The sophisticated and poetic way in which the work captures and alters the colour of light – echoing natural atmospheric phenomena – is the result of Loughlin¹s deep understanding of glass as a sculptural material.

An additional prize of $2,500 cash and a professional development residency at JamFactory was awarded to Ursula Halpin (the emerging artist category winner). The judges were impressed with the formal and conceptual ambition of this work. The references to domestic crafts, the fragility of the individual components and the play of light and shadow created by the installation stimulated great discussion during the judging process.

The biennial FUSE Glass Prize  prize for Australian and New Zealand glass artists is proudly presented by JamFactory and supported by generous donors; Jim and Helen Carreker, Diana Laidlaw AM, Ian Wall OAM and Pamela Wall OAM and Sue and Alan Young AM.”

Ursula Halpin (b. 1972 in Dublin, Ireland) is an emerging artist based in Adelaide, Australia. Halpin’s work spans glass, textiles, sculpture and curatorial practice. Graduating in 2016 with in Bachelor of Visual Arts Honours (First Class), Halpin was awarded the Chancellors letter of Commendation for the top 5% of Graduates in the Division of Arts, Education and Social Sciences at the University of South Australia. In 2017 Halpin was awarded the Graduate in Residence by Canberra Glassworks and undertook a Helpmann Academy supported mentorship with artist Kirstie Rea (ACT) during that time.Since graduating Halpin has exhibited in Sister Gallery (SA), Canberra Glassworks (ACT), National Glass Gallery Wagga Wagga (NSW), The Ian Potter Museum (VIC), and the inaugural Ireland Glass Biennale (IRE). Halpin is shortlisted for the 2018 National Emerging Glass Prize Wagga Wagga (NSW) and has been awarded a half scholarship to attend Pilchuck in 2018.

Náire Orthu meaning ‘shame on you all’ in Gaelic, commemorates the othering of women in Ireland. Throughout her youth in Ireland, Halpin recalls knitting, sewing and crocheting with her Mother and sisters, in moments of solace where unspoken and unconscious healing occurred. Re-connecting with traditional Irish crafting such as Kenmare lace and objects made by her mother, Halpin draws the political and personal together in intimately woven sinewy threads. She links her works with Julia Kristeva’s process of ‘abjection’ as matter, which is from the body but repelled and rejected from the self. Drawing on the notion of the abject, repetitive crafting and making becomes an active process of positively dispelling generational and lived trauma out of the body and into the object. This is an empowering process, sharing of memories that are held close and carried, while also an intimate recognition of memories which one attempts to estrange. 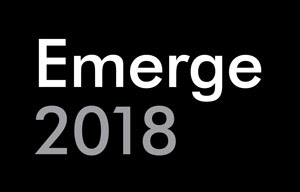 Emerge 2018 is the tenth in a biennial series of exhibitions hosted by Bullseye Projects in Portland, Oregon.

Always was and always will be Nukunu Country. #alwayswasalwayswillbe @nitv_au
Doily haul thanks to girls night out. Thanks Ann. Future artwork inspiration.
Idillic few days on Troubridge Island and a freshly coated lighthouse est 1855. So nice being away from everything. Didn’t want to leave. #troubridgeisland #nationalparkssa
Watched the changing colours on the Southern Flinders Ranges backdrop just prior to family fireworks at 9.30pm last evening. Wishing everyone a happy new year for 2020- personally I’m hoping for a better year. #nukunucountry #visitportpirie #smokehaze
Cool change with bushfire sunsets on Narungga Country
Sunset from Belair Kaurna Country
Merry Christmas
Christmas Eve sunset from Port Pirie to Adelaide finishing with a pink gin chez @theglasshunter. #christmaseve
Movie night sunset. Nukunu Country
Went to see ‘In Absence’ today. The 2019 winning entry of the National Gallery of Victoria’s 2019 Architecture Commission. Spent the guts of two hours in and around this profoundly moving & thought provoking site-specific installation by Kokatha and Nukunu woman, Yhonnie Scarce @yhonniescarce and @editionoffice. . ‘In Absence (...) invites audiences to better understand the fallacy of the premise of Terra Nullius, which declared Australia as an emptiness awaiting ownership, by revealing and celebrating over 3000 generations of Indigenous design, industry and agriculture’. . If you’re heading to Melbourne this is a must see. Jump online to the NGV website to read the essay by Curator of Contemporary Design and Architecture, Ewan McEoin, plus if your lucky enough to be in Melbourne head to the NGV for an intimate guided tour next Sat 14th 2-3pm and the keynote lecture on Thu 23 Jan 20, 6pm. Going to try to come back for the keynote Yhonnie. Massive congrats to all ❤️❤️❤️
Got the guided tour today with @sankeyo & @louisehaselton our future @unisa.art @universitysa graduates. @gradartshow19 💕👍🏻Nice walls @christian.b.lock 💕👌🏼
Golden hour, Nukunu Country Long Shadows Post Harvest Dry
💕🌼💕🌼 #Repost @fuseglassprize ・・・ FUSE 2018 EMERGING CATEGORY WINNER // ‘Náire Orthu’ Photo Grant Hancock @jamfactoryau @ursulasglass #fuseglassprize #contemporaryglass #glass #australianglass #newzealandglass
Art on Alexander is a great local creative industry initiative featuring local emerging professional business women with solid creative talent behind them. When you’re in Port Pirie next be sure to check it out. @businessportpirie @comeseechange @portpirieregionalcouncil @unihubsg #portpirieartists #comeseechange
43 degree day coming to an end as the sun sets through the dust from the storms and smoke from the surrounding bush fires. #australiansummer
Post harvest
💚
Adelaide Laneways 💜💚❤️🧡💛💙🖤
Sightseeing in Crystal Brook this Avo looking at the heritage buildings while scouting sites for murals #lovemyjob
There are no words @tarnanthi only lots of feelings. Amazing artists, language, culture and connections to country. Thanks @agsa.adelaide for filling our souls. Naminapu Maymuru-White Yolŋu People- Northern Territory